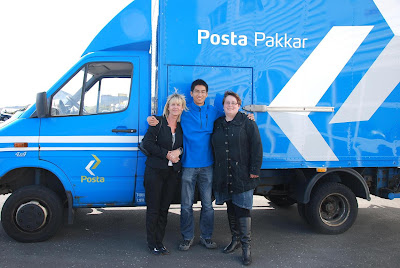 I was invited by Posta Stamps, Faroe Islands in the summer of 2012, coz I was the lucky guy who had won the "The most beautiful stamp of 2011" competition organised by Posta Stamps. I spent 5 days in the Faroes and it was really amazing! This photo shows the staffs and me with the background of a postal van there. Hope you'll like it!
Posted by Gone with postcrads at 15:06 3 comments: 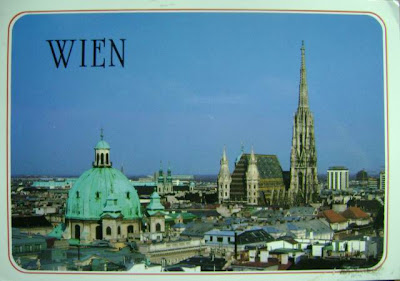 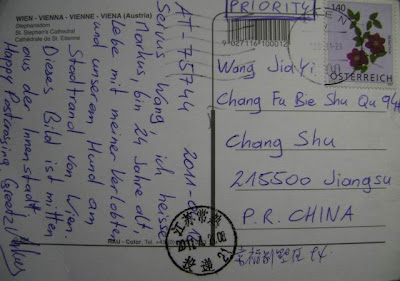 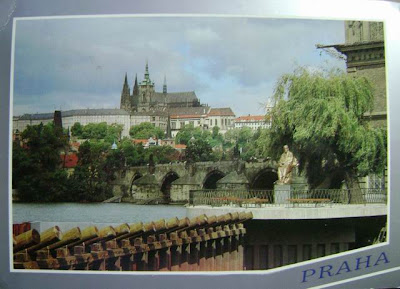 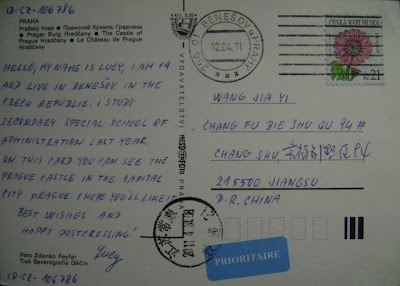 Posted by Gone with postcrads at 10:01 No comments: 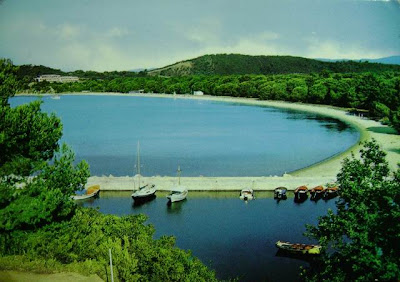 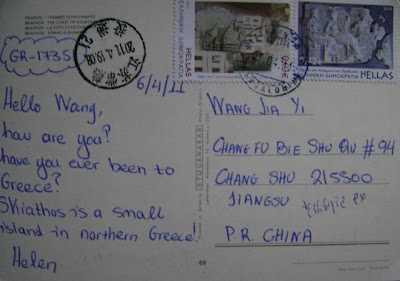 Skiathos is a small island in the Aegean Sea belonging to Greece. Skiathos is the westernmost island in the Northern Sporades group of islands. The mainland of Greece and Magnesia lie to the west, while the island of Skopelos lies to the east. The name of the island dates back to ancient times. The Municipality of Skíathos includes the islands of Tsougria and Tsougriaki, and of the islets of Maragos, Arkos, Troulonisi and Aspronisi. Total land area of the island is 50 km². The major settlement on the island is the town of Skiathos (pop. 4,988 in 2001), while other settlements are Χanemos (195), Kalyvia (179), Troulos (159), and Koukounaries (126).
Posted by Gone with postcrads at 23:10 No comments: 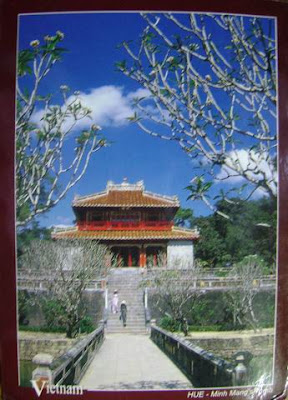 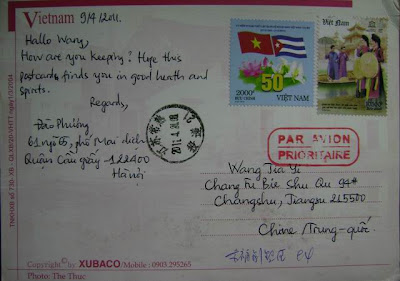 Minh Mạng was the second emperor of the Nguyễn Dynasty of Vietnam, reigning from 14 February 1820 until 20 January 1841. He was a younger son of Emperor Gia Long, whose eldest son, Crown Prince Canh, had died in 1801. He was well known for his opposition to French involvement in Vietnam and his rigid Confucian orthodoxy. As Gia Long aged, he took on a more isolationist foreign policy, and as a result favored Minh Mang especially for his outlook. Minh Mang was a classicist who was regarded as one of Vietnam's most scholarly monarchs. He was known as a poet and was regarded as an emperor who cared sincerely about his country and paid great attention to its rule, to the extent of micromanaging certain policies. He pursued a sceptical policy to Christian missionaries, often trying to inhibit their activities by administrative means, and later by explicitly banning proselytisation. His crackdowns led to negative European sentiment towards Vietnam and fomented discontent among Catholics at home and abroad which further antagonised Western attitudes towards Vietnam. As a result of his Confucian conservatism, Minh Mang allowed little innovation in Vietnamese society, and in time its military in particular became antiquated. He restricted trade and exchange with Western powers. At home he strengthened the central administration and had to contend with several rebellions, many of them Catholic-inspired. The most serious came in 1833 when southern Vietnam revolted, leading to a civil war lasting a year. This was further deepened by an invasion into the same area by Siamese forces who had attempted to retake Cambodia from Vietnam. After a long struggle, his forces managed to put down both enemies and regain control.
Posted by Gone with postcrads at 21:13 No comments: 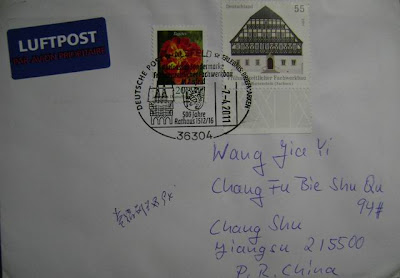 The town wall was built in an almost perfect circle centred on the market place (for strategic reasons). Roads lead mostly straight from the gates in the wall to the town centre. One can deduce where the town wall was from the picturesque narrow streets which remain in their original state: their bends and curves in those small streets follow the original town wall. Town Hall was constructed in medieval, Rähmbau style timber framing between 1512 and 1516. It is next to the market place in the center of the Altstadt. Its ground floor, built of stone, was once used as a market hall.
Posted by Gone with postcrads at 14:16 1 comment:

Posted by Gone with postcrads at 22:29 No comments: 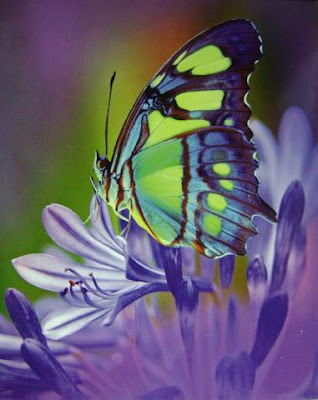 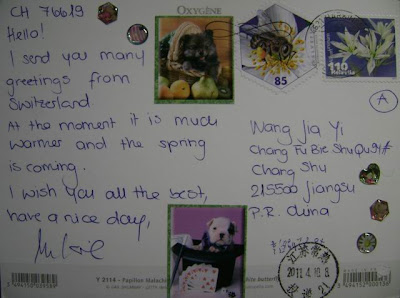 Posted by Gone with postcrads at 19:48 No comments: 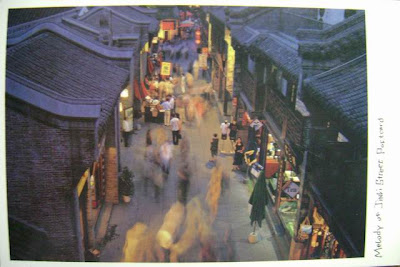 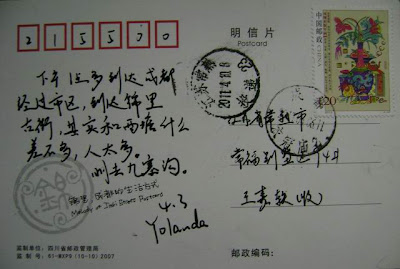 This old street is located in Chengdu, Sichuan Province.
Posted by Gone with postcrads at 22:42 No comments: 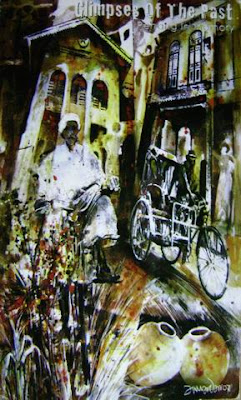 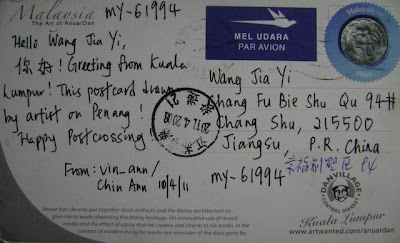 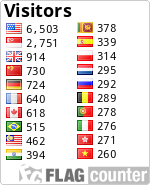